After looking at both options, I decided that I will read the Public Domain Option for the Ramayana. While both options looked good, the second one had a small summarization of the section. It’s great to have a summarization because I know what to expect. Also, even though each part has several sections, the sections look manageable to read which makes me excited to read.

The two comic books that I’m interested in reading are Ganesha and Sherpanakha. In the Ganesha story, it explains why Ganesha has an elephant head. Plus the story is really interesting because Ganesha was able to fight off Shiva, Brahma and other gods! Shiva is known as the the Destroyer so being able to prevent her from entering Parvati’s door is extremely impressive. I’ve seen Ganesha several times on the internet so I would love to learn about him. For Sherpanakha, I’m interested in it because it’s about a demoness named Lakshmana who falls in love with Rama. Lakshmana ends up consoling with her sisters and overall her brother which is the ten-headed demon king, Ravana. I don’t know why but I enjoy reading about demons and other entities related.

The first video that immediately caught my eye was the Symbols of Divinity. Learning about symbols and their meanings is cool and interesting. There was a symbol that I’ve seen throughout my life but never knew what it was called. The symbol is called the OM and it represents the sound that began all things. Another symbol that I saw was the lotus. According to the video, the lotus is associated with creation and wealth; I didn’t know that. I always heard that the lotus stood for strength. The flower must push through mud and water before it blossoms. The next video that caught my attention was the Indian and Greek Mythological Parallels. In my Favorite Storybook post, I think I said that I enjoy Greek mythology. This video helps me make connections and realize that despite the culture, the similar stories can be told throughout the world. For example, Yama and Hades are both gods of death that allow souls to pass to the underworld. Plus, in both Indian and Greek mythology, there is a river that allows souls to reach the underworld. It’s crazy that for both mythologies to have similar aspects. 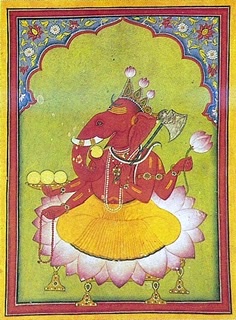