The first memory I have of my daycare took place at night. For some reason, my parents and I were driving around the neighborhood at night; I think they were looking for a nanny to take care of me. They stopped at a stop sign and noticed the corner house next to us.

The second earliest memory I have of my daycare happened inside that corner house. Kids were running around playing as I quietly observed. When my mother and I entered the house, I sat on this huge comfy recliner chair. My mother found the owner who was this huge woman that was probably in her forties. Later, I end up calling her “Nanny.” The next thing I see is my mother exiting and closing the fence. She waves me goodbye as I cried out to her. Being an adult, I now know this is a common occurrence, but at that time, it was a challenging experience.

The usual kids were composed of four mean boys. Two of them were older than me while one was the same age. Physically, they were always stronger and faster than me. Running and playing tag with them always sucked because I had asthma. Verbally, the boys were mean and poked fun at me every day. It was super frustrating at times because I was a fragile person (and still am). On some days, they were would be mean for no reason. I spent several days with hurt feelings and scorn towards them. Either I had to suck it up or always be it and butt hurt.

My distaste for them lessened, and I grew attached to them. Every day, all four of us would eat the breakfast that Nanny made for us. We would all walk to school because we went to the same elementary. After school, we would walk back to Nanny’s house and play. At that time, the Game Boy was out, and all three of them had one. I remember sitting with them and watching them play Pokémon and Yugioh. At some point, my parents bought me the Ruby Red Game Boy. My very first game was the Legend of Zelda. When I took it to Nanny's house, everyone else was so excited that I got one finally.

My friends and I would read the “I Spy” books and play legos. Nanny didn’t like Spongebob, so whenever she did let us watch it, we would all sit down and focus on it. We all drew and colored together. Sometimes, it would just be Alex and me. He was two years older than me, and I thought he was so cool.

One of my friends was actually in my class. His name was Cyle. When we weren’t in daycare, we would see each other in class. His mother liked me because I was a good kid; I didn’t break the rules or be disruptive. I thought his mom was so pretty because she had big curly hair and freckles all over her face. Cyle also had an older sister who had the same features as his mom. She had hand tattoos that spelled out a word when she made a first. Ever since then, I’ve always wanted a tattoo like hers.

Me and Cyle went to middle school at the same time where we grew apart. I grew to have the biggest crush on him, and everyone knew somehow. At the end of eighth grade, I moved away from everyone. I spent seeing those boys every single day to never seeing them again. The world works in mysterious ways, so I hope that I run into one of them someday.

I think back on these memories and wish was there was a way to relive old experiences. At the time, I hated going that daycare. Now that I’m an adult, I wish I could have cherished them a little bit more.
Vox


Author’s Note
Lately, I've had the biggest urge to write about this time in my life. I couldn't decide how to write my story, so in the end, I just told a narrative. My goal was to show a transition from when I was not too fond of the daycare to appreciating everything about it. From kindergarten to the third grade, my parents put me in daycare because both of them worked all the time. Even though I was away from my parents many times, I did spend my days with fun people.

Initially, this story was called "Daycare," but after reading it over again, I felt like I focused the story more on those four boys. For some reason, my time at Nanny's house has stuck with me all my life. The reason why I never liked going to that place was that the place always smelled bad. I don't have much tolerance for bad smells. Also, when I did come in, I was usually there before any of the other children arrived. The Nanny was also strict and a killjoy. For some reason, she didn't like Nickelodeon or Cartoon Network so we never watched the cartoons that would play on them. Instead, we watched PBS television shows. No hate towards them, but it would have been nice to watch Spongebob. 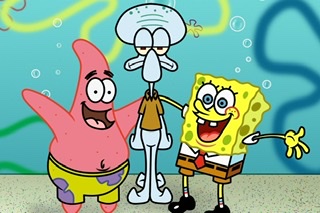