Scythians
On the twitter stream, I saw a Scythian horse. It was adorned with accessories and I have never heard of a Scythian horse. When I searched it up on Wikipedia, I didn’t find an article about horses but instead found one about the Scythians who were a nomad group of people who lived in the 7th century B.C.

Khazars
While reading about the Scythians, I saw the terms: Huns, Goths, Turks, Avars, and Khazars. These terms peaked my interest because I’ve learned about the Huns, Goths and Turks, but not the last two.

Oral Torah
In the previous article, I read that Judaism believes that Moses received the Written Torah and the Oral Torah. I was interested in learning more about the Oral Torah because I’ve never heard of a Torah. 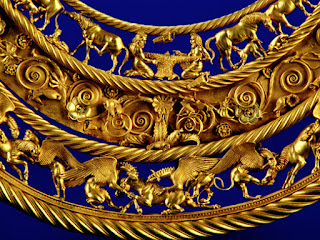