Author’s Note
My inspiration came from the Part E of the Mahabharata when one of the wife was dragged and was basically stripped naked. However, since she started praying to Krishna, her robes were never-ending. I thought this was a sad and appalling scenario so I want to make my story the opposite. The main character is a male stripper at a strip club. He’s going through his routine as he is performing.

The crowd chanted “Take it off!” Whistles zoomed around the room. A bra landed right in front of me on the stage. In permanent, a phone number was written on garment. Being a strip model, I’m really used to the attention and craze of the crowd - they’re the reason I get paid. My initial costume was a business suit and I carried a briefcase in my right hand. The stage lights always made me sweat way more than usual.

I made sure to make eye contact as many women as I could as I looked from left to right of the room. I made sure to point at some lucky ones; it gets them wild up when I single them out. Whenever I strip, I always like to start from the top like most people. My fingers loosen my tie. I unfasten it and throw off the stage. Next are the buttons. I make sure to sway my body as I unbutton each one of them. As my shirt comes, the crowd goes wild. The stage crew then dropped water onto me. My abs glistened in the light. I slick my hair back and the women all scream.

The part that gets them the craziest is when I take off the pants. At this part, I start walking down into the audience. I let one of them help me take the belt. Once the belt is off the woman pulls my pants down but to everyone’s surprise and especially mine, I had another pair of pants on? The woman pulled that one down and yet there was another pair right underneath it. At that moment, the room was silent. I was so confused. Everyone was staring at me and my pants.

Up in the clouds, the god Krishna was laughing his head off. 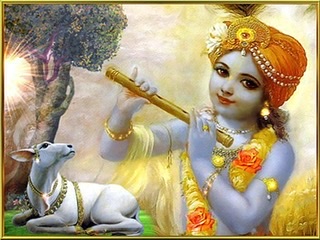