Week 11 Story: A Start of Something Different

A nearby river was infamously known to be teeming with alligators of all sizes and ferocity. No one went near the dangerous river. Next to the river was a huge beautiful tree that held countless of monkeys. Despite the imminent danger that always lied below them, the monkeys stayed in that tree because of the spiritual fruit that it bore. For generations, the fruit sustained families of monkeys. The number one rule for the monkeys was to never lose their grip from the tree or else they would fall into the water. Alligators were always hiding right below the tree just in case any of the monkeys did make the mistake.

One day, an unlucky zebra came to the river to drink. The beautiful tree caught the zebra’s eye for a second and in that moment, an alligator bit the zebra’s neck pulling him under the water. Alligators tore the zebra apart causing a fiasco in the water. Some of the monkeys huddled together witnessing the chaos. A monkey named Suzu, who couldn’t watch, noticed a loner alligator. A piece of fruit fell from the tree which floated for a couple seconds until the alligator swam to it and ate it.

“I thought alligators didn’t like fruit?” asked Suzu. The alligator looked left and right, then up. He was surprised to see that a monkey was talking to him. In a quiet but deep voice, the alligator said “most don’t, but for some reason I’ve always liked them.”

“I never got your name” stated Suzu. “It’s Legosi” said the alligator.

After that day, the two would talk every day. Suzu gave fruit to Legosi whenever he was hungry. The other monkeys and alligators noticed the forbidden friendship.

Author’s Note
Elements of this story came from multiple inspirations primarily the Jataka Tales. The first inspiration came from The Monkey Bridge. A tree that held hundreds of monkeys created incomparable fruit. The chief monkey told his children to never let a fruit drop into the river or else people will come looking for the tree. A fruit ends up in the river and reaching a nearby kingdom. A king ate the fruit and pursued to find the tree.

My biggest inspiration came from an anime called Beastars. In the Beastars reality, there a divide between carnivores and herbivore animals. The story takes place at a high school where carnivorous and herbivorous animals live and interact together. A gray wolf named Legosi, meets a white dwarf rabbit named Haru, and ends up falling in love with her. Legosi is fully aware of the situation since he  is a wolf.

I wanted to a similar story from Beastars while including elements from the Jataka Tales. I wanted a situation like the wolf and rabbit so I decided to do one with an alligator and monkey. There were many tales between the two. The friendship between Legosi and Suzu are very much in its early stages. I couldn’t write about their love just because it would’ve been a long story. A strong bond between takes time to develop. Beastars had twelve episodes so I didn’t want to rush my story. 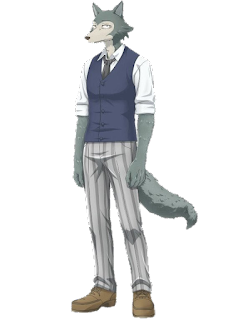 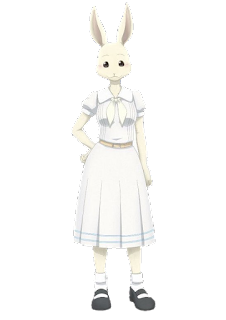